My memories of the Míle Fáilte 1200 (June 23rd to 27th 2018) was 1232 Kilometers with 92 hrs time allowed and 14000 meters of Climbing organised and run by Audax Ireland: Mr Paul O Donoghue and Mr Sean Burke (Main Man) This is a non-supported event to be completed over 4 days as follows:

As with all great journeys – they start with one Step

One Evening back in August 2017, while in Tom’s Bike shop, Tom mentioned that Lorcan and himself were signing up for the Míle Fáilte1200. Having heard of their trials and tribulations on the Celtic Knot, which was a 1000 km cycle over 72 hours they had completed in 2016, this to me was nuts to enter and attempt and way outside anything that I had thought possible to undertake. At the time I was focusing on the Mallorca 312 in May 18. I laughed at the idea of the MF1200 and wished them well.

It was over the next 6 months that Tom continued to paint the picture of how good the MF1200 could be and regularly asked me when am I going to sign up. ‘No way’ I said. Tom suggested that we could try the Easter Flesc as a warm up. This is a 400K Audax held in April to be completed within 24 hrs and seemed doable. As it was organised to be run a few weeks before the Mallorca 312 it should be good training for it. All three of us completed the 400k within the time allowed and on the way home afterwards the last thing I wanted to consider was doing roughly the same again for a further two days – not a runner!

Tom persisted and I eventually gave in and signed up. Oh Lord what have I let myself in for! (Completion of the Flesc in the required time happened to be one of the qualifiers acceptable to the organisers of the MF 1200).

Having spent the last few months in No 1 Fitness with Marizcus coaching and shouting to “push harder” on the turbo and with 5000 Km of road miles done its off to Killarney  with Tom and Lorcan for what was to be an epic 4 days of the most extreme mental and physical challenge that one could only imagine :

We did a quick 30K just to spin out the legs. Then breakfast at Moody Roaster followed by a final check list (as this is a self-supported cycle) – Bike – Garmin – lights – batteries – gels – hydration tablets – power banks – spare tires – tubes – tool kit – all weather clothes – chamois cream any lotions and potions that could help keep the legs and mind turning over.

We loaded up and headed for Killarney and arrived at 6.30 pm to check into the Killarney International Hostel accommodation which had 9 bunk beds per room. Bike Check, Pasta party, briefing from the Marshals, day by day routes, the dos and don’ts were followed by bed time as we had an early start in the morning. 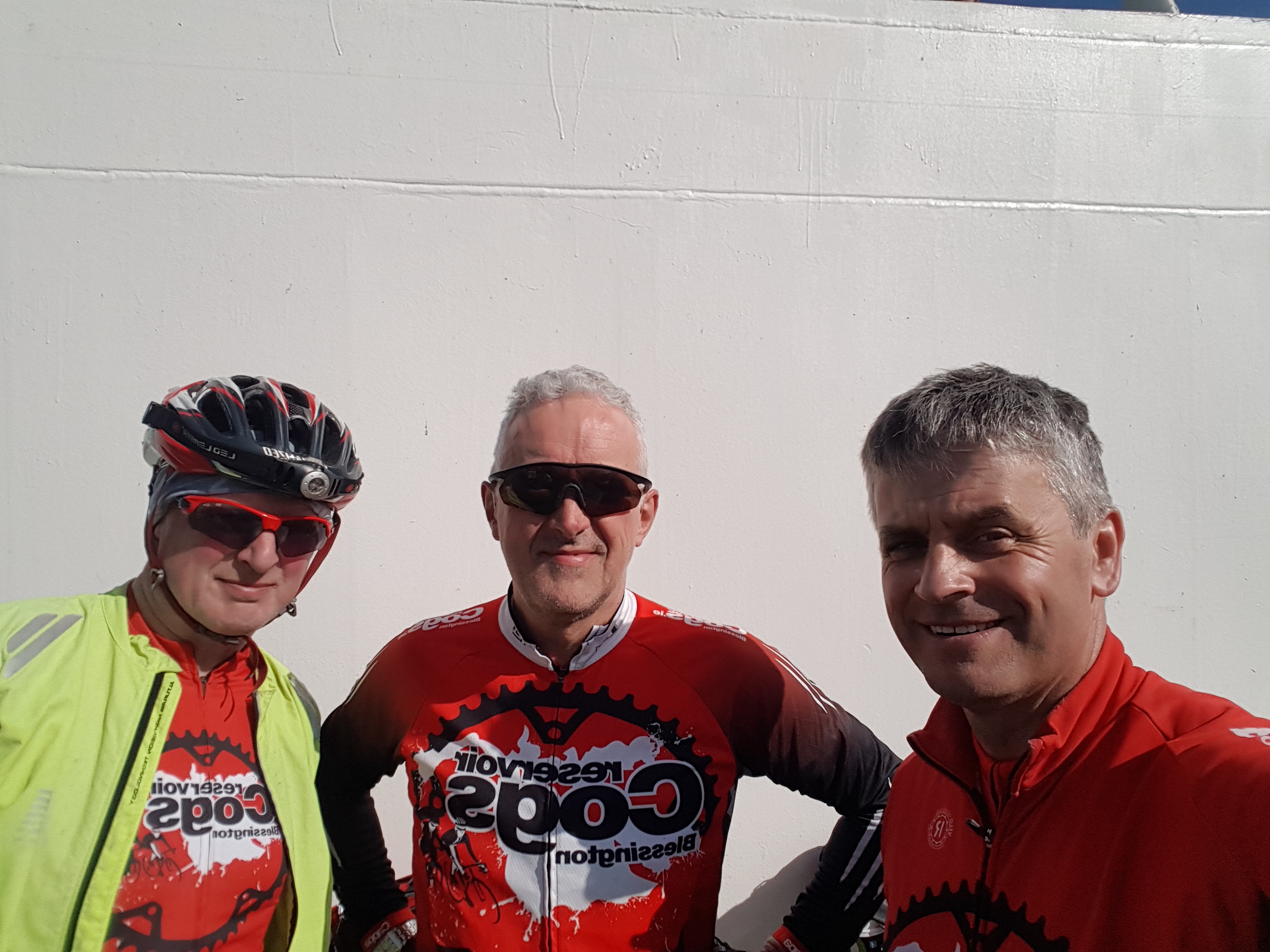 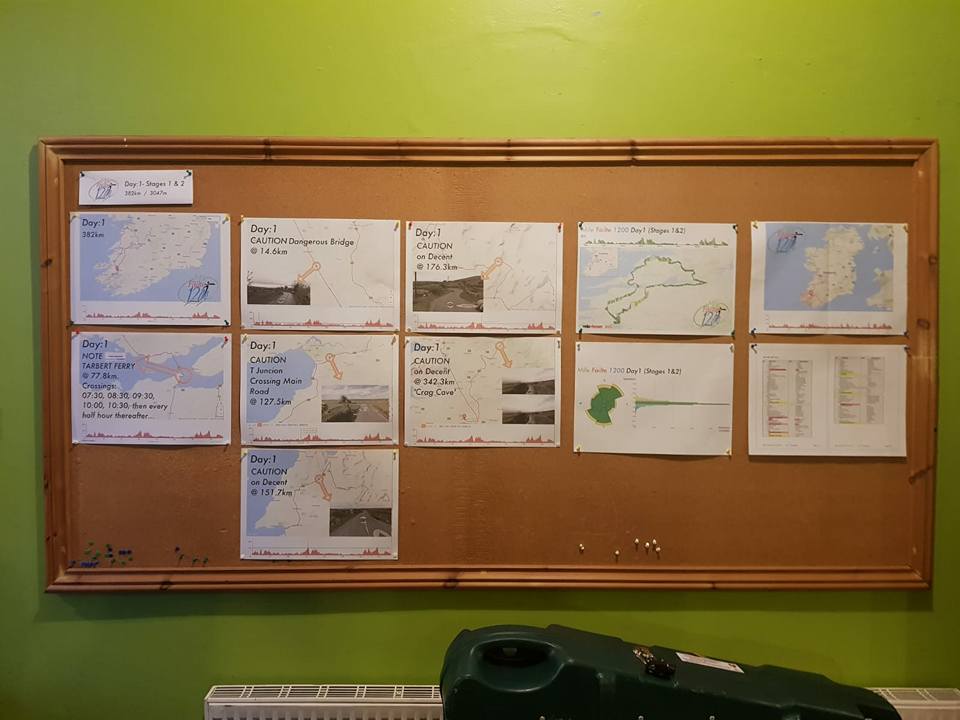 Following a hearty breakfast at 06.00am its roll out with 385 Km to do today starting from Killarney and heading out to Tarbert to catch the ferry at 9.30 for the crossing to Kilrush. Our first food stop was at 90 Km at 10.10 am where we refuelled and had our event card stamped. Next stop was Fr Teds House at 3.20 pm for Tea and Scones with 184K completed. From Fr Teds we cycled across the Burren, passing the specular Dolmens and after a quick photo it was on to Cratloe for a 18.30 pm food stop at 243 Km. From Cratloe its on to the hilly Glin at 305 Km with daylight fading as time is 21.50 and the temperature gets down to 4 degrees from a high of 28 during the day. It was time to layer up as we had approx. 70 Km to get back to Killarney where we arrived at 02.38 with 382.5 Km done. We were cold, tired and hungry. I noticed that some of the other Randonneurs were already up, fed and ready to head out on Day 2. It was bed for me hoping to grab a couple of hours sleep to recharge the body. 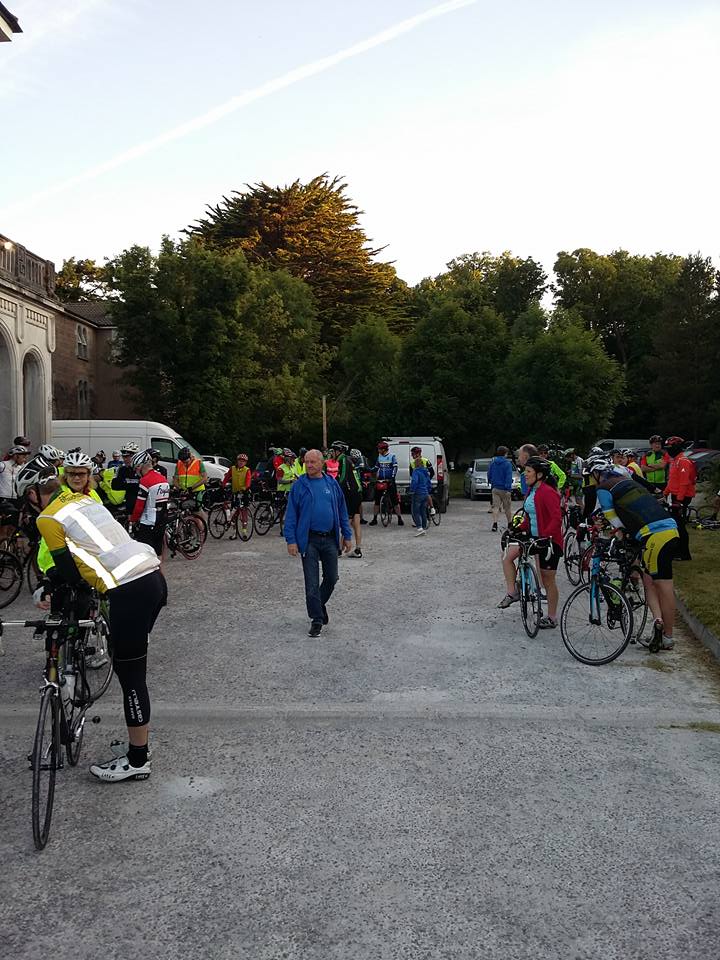 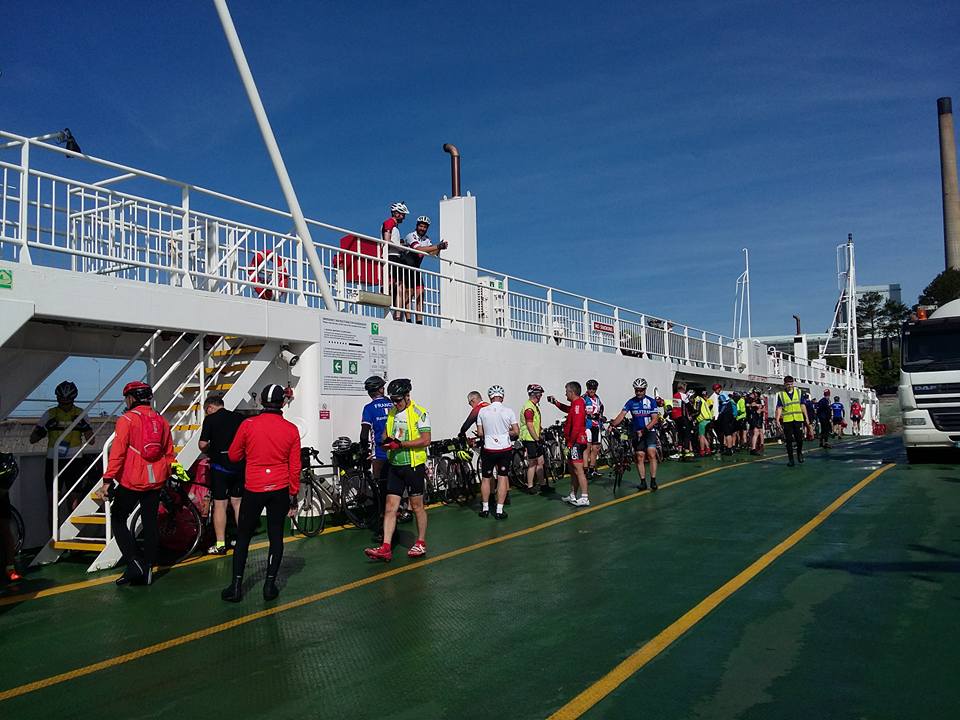 Left: at the start line. 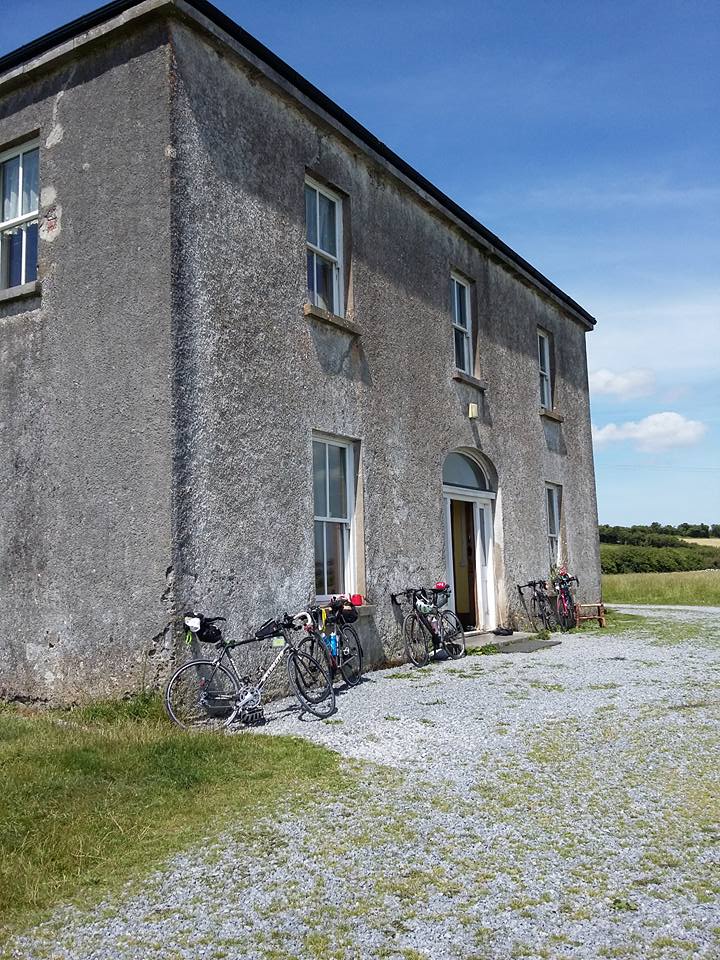 Once again we start from Killarney still feeling tired and with aching legs. I check that my Garmin, phone and lights are all charged. With 382 Km done our next stop was Bandon at 473 Km where we checked in at 13.10 with the sun scorching us with temperatures between 28-30degrees. Keeping hydrated was vital. From Bandon we headed for Skibbereen (529 Km done) arriving at 1700 that evening.  After being fed and watered we headed for Kilcrochane (592 Km) and another chilly night. At 21:15 we left the food stop after being eaten alive by midgets (!), it was up and over parts of Beara Peninsula that only the Gods know about. With a particularly steep section around Sheep’s Head it was becoming apparent that our original plan to stick together as a group wasn’t going to work. At this point I headed on solo to Castletown Bere. On my solo route just outside Bantry I saw a flickering red light ahead and with some relief I met up with Andy, another pilgrim on the MF 1200. We soon caught up with the only lady left  in the event Kathy, who had cycled throughout the night with no sleep in Killarney at all. We had approximately 70 Km left and with a few scary moments we arrived in Casltetown Bere at 02:40 (668k done). Tea, sambo and 2 hours sleep on a blow up mattress on local Skippers pub lounge floor.

We rise and shine at 04:30 and dress as best as one can in the lounge toilet cubicle. After a bowl of cornflakes and tea, I head off solo for Killarney 89k up over Moll’s Gap from Kenmare and arrived back in Killarney at 10:49am (754K done). Tired and not feeling the love anymore. I had to grab some sleep for two hours followed by a wardrobe change and refuel I head out again back over Molls Gap from Killarney on the Ring of Kerry in reverse all the way to Dingle via Waterville and Castlemaine. 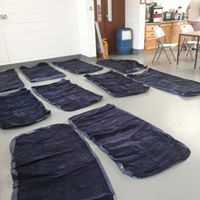 We were up at daylight, 5.00am, to do a ring of Dingle peninsula which had to include a Photo at the famous Grotto on Slea Head Drive to be taken for proof of passage. To our surprise, Lorcan was taking a nap standing up behind the Statues showing signs of fatigue (after having a long conversation with imaginary whales!). We rolled out of Dingle at 07:15am with 991k done and approx. 240K more to do on day four. We left Dingle and headed up over the Connor Pass with over 1000 Km in the legs. The 7 to 8 degree inclines felt like 17 to 18 degree inclines. And after what seemed like an eternity on the bike we eventually arrived at the very hilly road up to Knocknagoshel food stop at 12.10 in the afternoon with 1064K done and approx. 45 Km back to Killarney. When I asked Paul O’Donoghue what was ahead of us on the road back I should have been more alert to his describing the route as ‘a bit lumpy’ – reminded me of  Declan Roe describing the route as ‘Flattish’! – as this was one of the toughest parts of the route taking over three and a half hours to complete the 45 Km back to Killarney for 15.38 in the afternoon with 1108 Km done and 124 Km to finish! 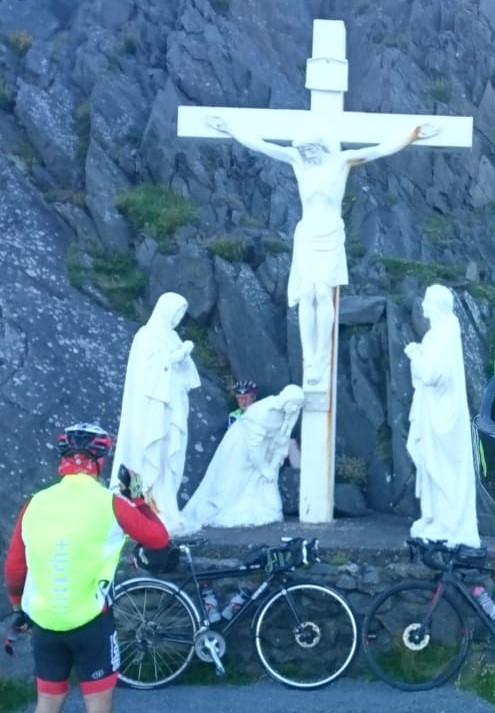 When we checked into Killarney we were pretty exhausted mentally and physically with some of the other Randonneurs already finished and relaxing, wearing the medals and describing how difficult the climbing was over the  first 40 Km of the last 124k over the Kanturk mountains.

We had to try to get an hour’s sleep to recharge the mind and body. The finish was in sight with 124 Km to do and just over eight hours to complete same. As soon as we turned left out the gate of the hostel we were climbing for the next 45 Km over the Kanturk Mountains with 13-15 degree climbs, on roads that were recently Tarmacadammed, in the scorching heat. It was like glue on the surface, pedal by pedal, going diagonally side to side to keep the bike moving, we rolled into Currow at 18.45 pm with 1126k done. After a quick refuel it was on to Kanturk to arrive at 22:04 with 1175 Km done and approx. 67 Km to do. After leaving Kanturk with over four hours to complete the MF1200 I felt ok and the finish line seemed reachable! It wasn’t until we were an hour outside Kanturk that the full effects of the past 4 days and 1150 Km of cycling with 10 hours of sleep hit my body hard.

Probably due to excessive sodium from salt tablets and lack of sleep, I started to hallucinate and coupled with the sleep horrors I felt like “Quasimodo” on a bad day – My balance went, my neck muscles were in spasm and my mind was paying tricks on me. I imagined all sorts of creatures on the road. Thankfully Tom was fairing up better and had the sense for us to stop on the side of the road and get 20 minutes sleep.

I don’t know where or how I got the strength to get up and back on the bike but I will be eternally grateful for Tom’s words of encouragement and determination to get us over the line and back to Killarney with 1232 Km done at 01:50 – mission complete! 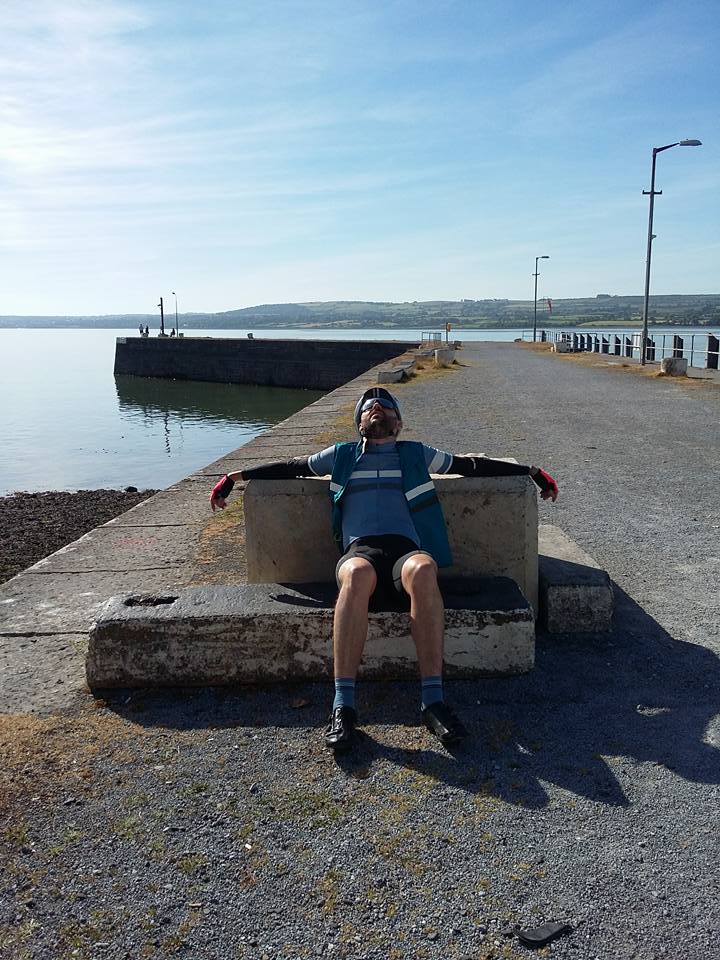 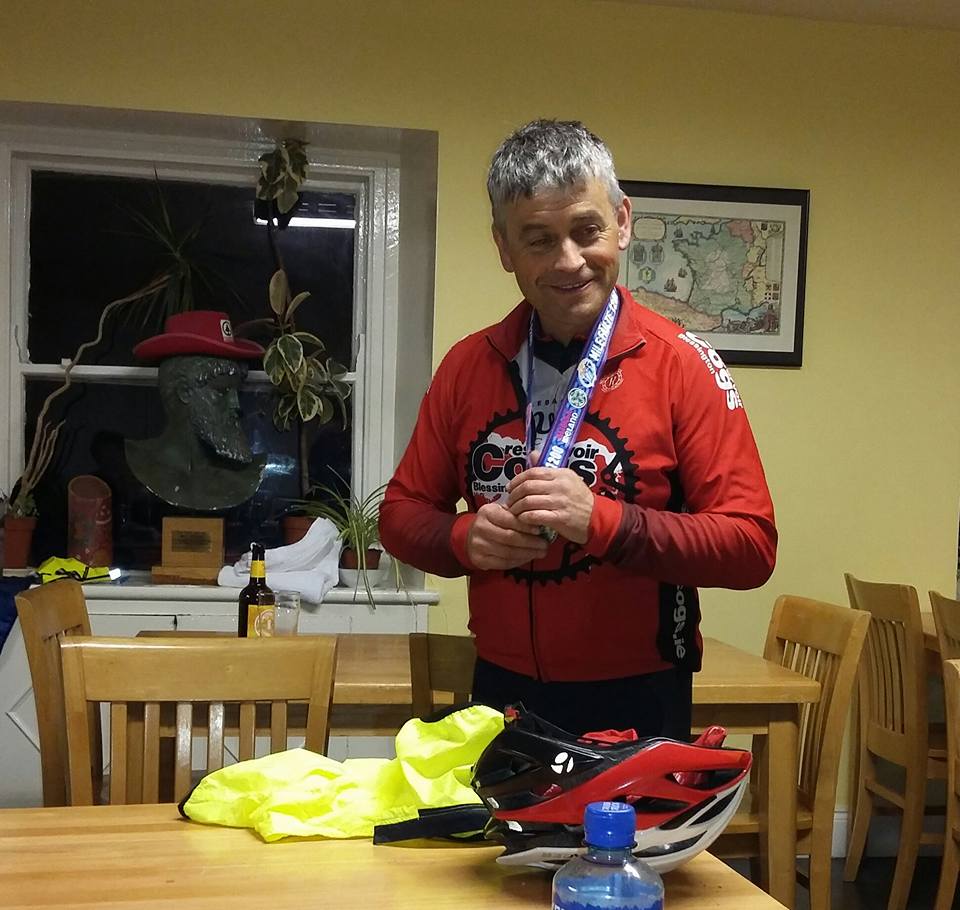 We were greeted by fellow Randonneurs, who had also completed the MF 1200, to applause and a few beers and food and chatting over what we had managed to do. To me this was an achievement way beyond what I thought possible but a sincere thanks to Tom, Lorcan and David for introducing me to Audax Cycling and the many thousands of Kilometres we cycled around the roads of Ireland in preparation for the MF1200; to Mr Paul O Donoghue and his Volunteers and Marshals that manned the food stops for hours on end day and night ensuring that everyone was fed and rested as much as possible.

I am sure that the competitors from all over the world that descended on Killarney and were treated to the best weather and cycling routes around the sunny southeast of Ireland will take back home with them only positive vibes about Ireland and the friendly Irish People that made this event so enjoyable and probably the best value for money 4 days of cycling.

Would I do it again?? Yes absolutely, in a heartbeat. As with all events we do, we are always learning ways to improve next time out. Roll on the next Audax 1200 wherever and whenever, God willing, I would hope to enter and complete same! 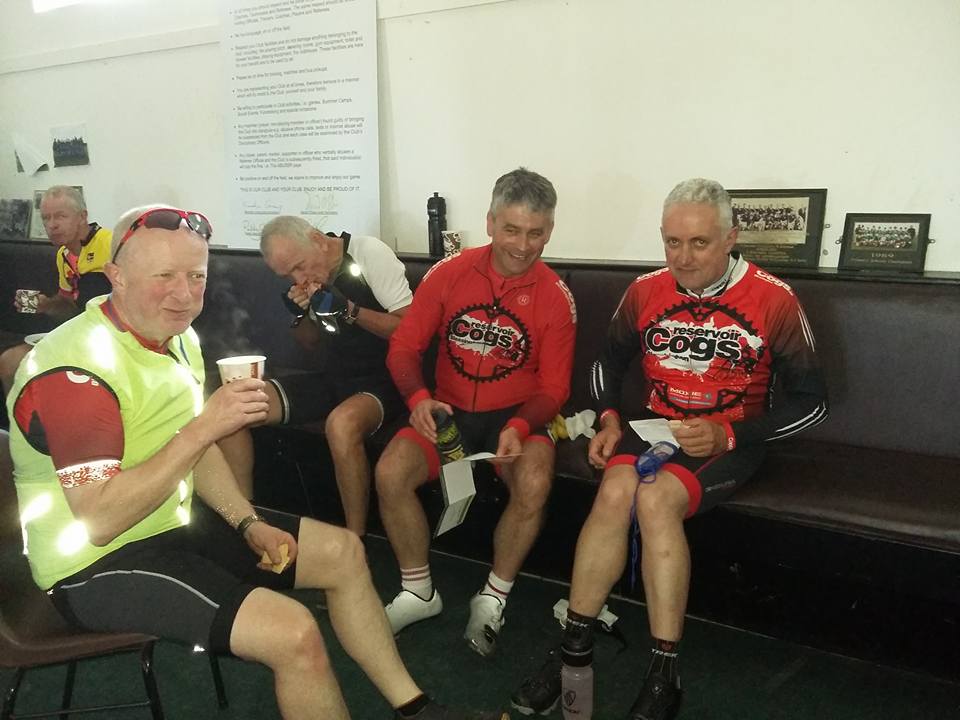 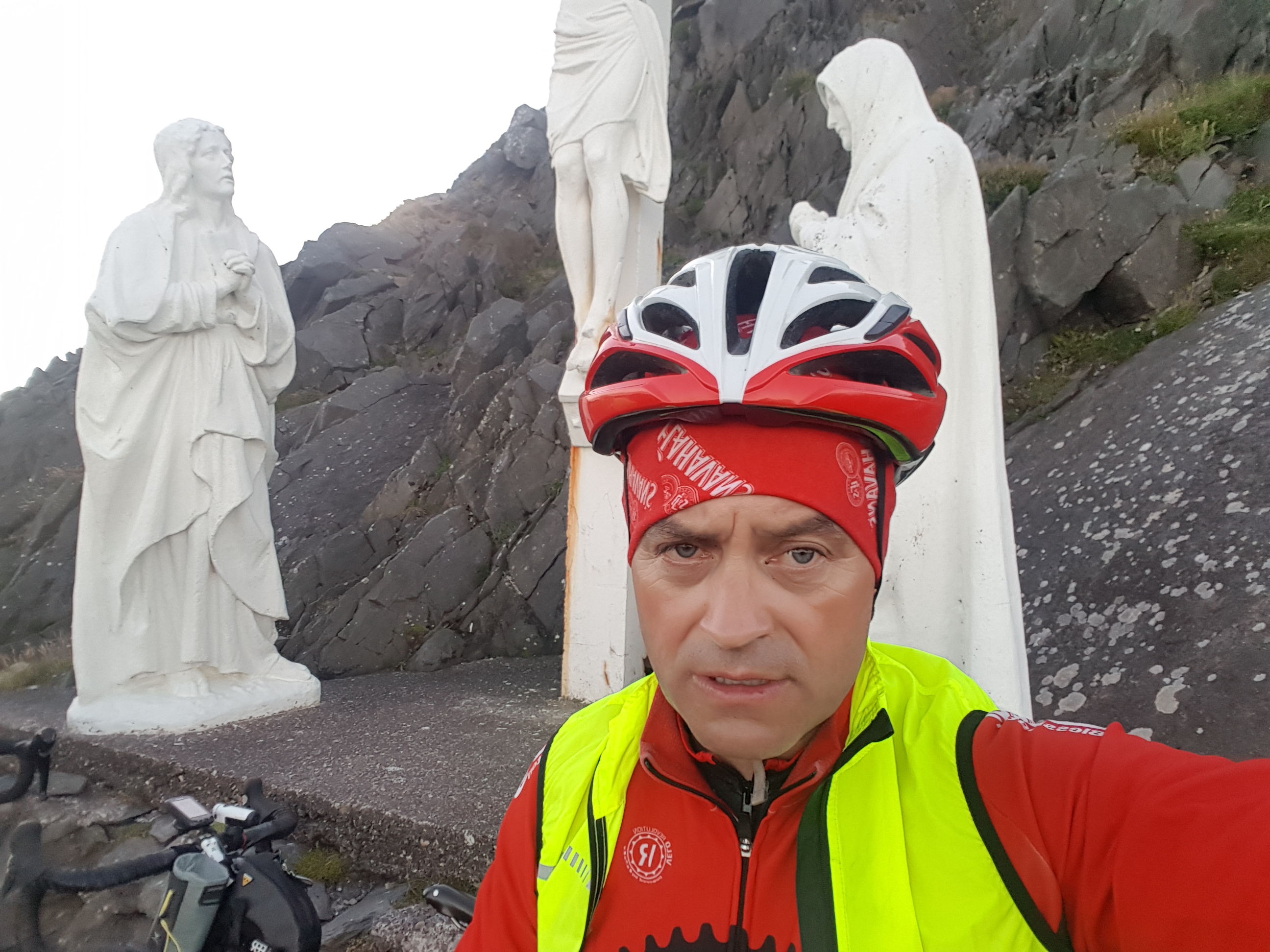 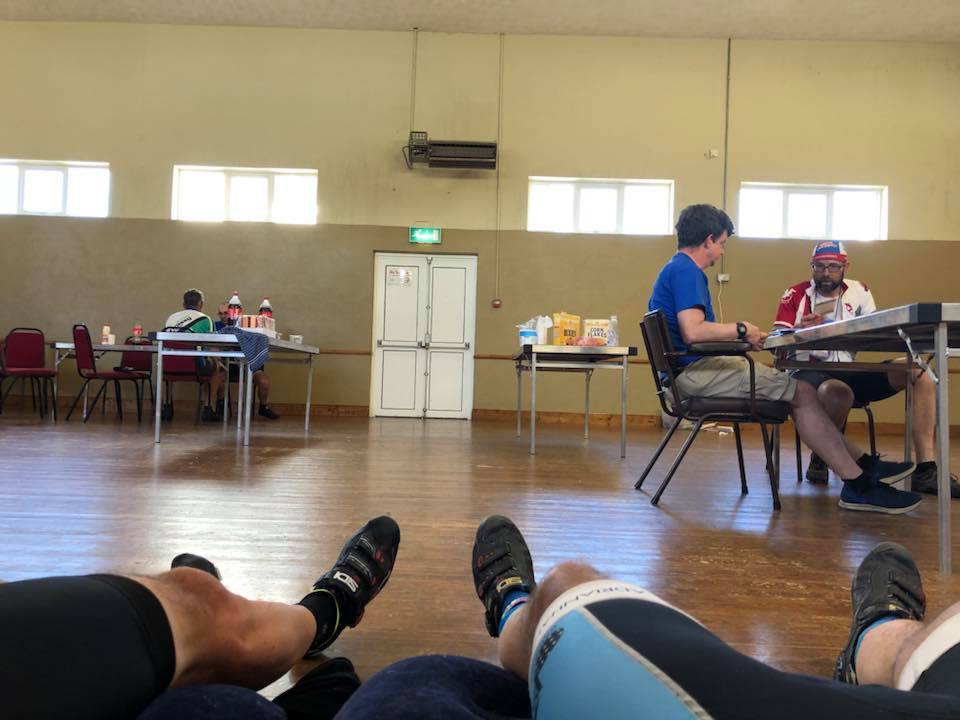